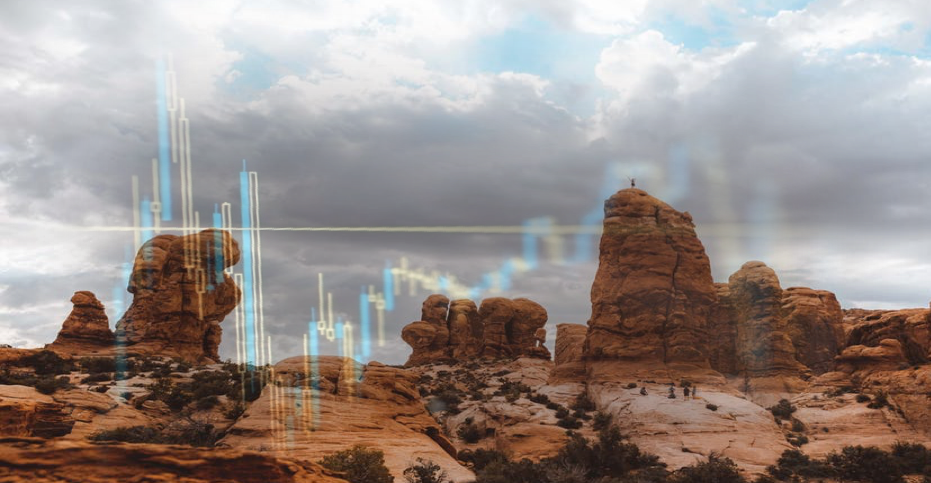 Space: the final frontier. Not too long ago, the expanse of central North America was seen as such a frontier line. In time, railroads, telephone wires and highways sketched their lines across its unspoiled canvas, setting the stage for future generations to draw poor analogies about the connectivity of Western society from a computer down in Southern Africa. After getting acquainted with our place amongst the stars, we set our sights outwards for new analogies to butcher.

The American frontier. The Wild West. It immediately conjures up imagery of saloon shoot-outs, train robberies and cowboys. Perhaps a result of indulging in too many Westerns, but nevertheless a consequence of doting on the subject. Harsh, untamed and seemingly lawless, the Wild West was, well, wild.

With cleaver in hand, let’s compare this to South Africa’s crypto asset regulations. This analogy has done the rounds quite a bit and I’m definitely not breaking new ground in following suit. Its aptness remains evident (new territories; unexplored opportunities; the dangers that insufficient infrastructure and ill-willing individuals may pose – you get the picture) and doesn’t really need these explanators to drive the point home. But seeing as there are new developments happening in crypto here in South Africa, it may just be excusable to give this analogy one more spin.

South Africa has been cautious to try and tame crypto for quite some time now. Over several years, its nature and mannerisms were scrutinised and we have finally, it would seem, come to a conclusion – albeit being in draft format and only hinting at things to come: late in November of 2020, a draft declaration delineating crypto assets as a financial product was issued. Public comments closed near the end of January 2021. The wheels are in motion.

Divergence exists the world over as to what legal status crypto assets should be given, and pinning a “currency” tail to something has more implications than its colloquial usefulness where it isn’t recognised as readily exchangeable. So although South Africa isn’t requiring your local saloon to accept Bitcoin in lieu of ZAR just yet, it’s at least come to terms with the fact that crypto may be here to stay.

It should be noted that the declaration is most likely only the tip of the iceberg of crypto regulations in South Africa. The press release following the draft declaration states that “[t]he draft Declaration is merely intended to be an interim step in mitigating certain immediate risks in the crypto assets environment pending the outcome of broader developments currently taking place through the [Crypto Asset Regulatory Working Group] which will inform future policy interventions to be implemented across a variety of regulators and laws.”

Slotting crypto assets into the “financial product” definition cannot be said to be surprising – there’s already massive differences between the different financial products that are currently being combed with the same brush. In addition, when considering Conduct of Financial Institutions Bill’s (COFI) expansion on the financial product definition, this approach in a regulatory sphere that is progressing towards streamlining regulatory authorities, is almost expected.

While some are strong advocates of cryptocurrency being used as a form of, well, currency, others treat crypto assets in a way that can somewhat be compared to trading in stocks. Whether these positions are two sides of the same coin or not (pun intended), the treatment of crypto assets, at least more recently, has resulted in extreme fluctuations in large amounts of value. With a two-day window allowing for double-digit percentage fluctuations, one can hardly say that changes are negligible.

It is within this tumultuous, new and exciting yet confusing environment that consumers are at risk of running into trouble. Only days after comments on the draft regulations were closed, the FSCA issued a press release stating that it is receiving a large number of complaints from consumers aggrieved with losing savings to scams premised in crypto assets or through crypto investments they did not fully understand.

The statement goes on to say that “[c]rypto-related investments are not regulated by the FSCA or any other body in South Africa. As a result, if something goes wrong, you’re unlikely to get your money back and will have no recourse against anyone.” It is this exact position that is sought to be changed by including crypto assets within the FSCA’s ambit by denoting it as a financial product.

Accordingly, South Africa has taken an approach that, in comparison to the current position, will essentially herald the FSCA’s arrival as sheriff to the scene. FAIS is a battle-hardened piece of sectoral legislation, so having crypto assets included in its ambit is a big step forward for consumer protection. And with promising prospects of further regulation on the horizon, the corralling of crypto assets into the financial product pen is just the start. Putting the reigns on crypto assets through directly involving the FSCA may be just the thing that is needed to bring some order to the wild.

Interested to find out more?
Get in touch
PrevPreviousMinimal Mercy for Miscreant Marauders: Delinquency Orders for Directors and the Effects in terms of the Companies Act
NextCOSEC SERIES: REGISTRATION OF AN EXTERNAL COMPANY IN SOUTH AFRICANext